As the famous figure of speech goes, ‘Jack Of All Trades, Master Of None’, it basically is referred to the type of people who have dabbled themselves in many skills but somehow failed to achieve expertise in any one. The phrase was originated in the form of just ‘jack of all trades’ by Robert Greene in 1592 to dismiss William Shakespeare, who was an actor turned into scriptwriter. It was used randomly as a form of praise by 17th century until the term ‘master of none’ was attached to it. However, in the last few years, the phrase has taken several forms alternatively.

While the old one is more often used in a negative reference, ‘Jack Of All Trades, Master Of One’ has more of a positive connotation to the conventional old phrase. In terms of recruiting and hiring, this phrase is most probably used to probe into who is better suited for an industry, a candidate who is a jack of all trades, or a master of one. Of course, the priority for who to hire depends on the type of industry, but there are a lot more aspects to focus on when a person is hired in any company. So the most crucial question remains, which is a better hire, jack of all trades or master of one? This question goes in circles, just like the phrase. In this article, we will dive upon some basic yet extremely decisive pros associated with each type which will definitely give you a better insight for who is better for your organization.

Pros Of Hiring A Jack Of All Trades:

Usually, a person with a number of skills or a Jack of all trades is widely miscommunicated and misinterpreted because of the highly negative impact of the phrase. There’s a misconception that people who multitask, are quite likely to fail. However,  a very important fact is ignored while criticizing such people, their versatility and their diverse skill set. In today’s competitive world, most jacks-of-all-trades are confident and proficient enough in whatever skills they are touting. Hiring such a versatile and productive individual can always be a win-win situation for any recruiter.

2. Can Be a Blessing For Startups:

Given the limited availability of financial capital and various other resources, startups can really use the potential and abilities of a multi skilled individual. A multiskilled person can do a bunch of tasks. He may do a little bit of programming, a little bit of social media management and maybe digital marketing. He may also write blogs and articles. So instead of hiring and investing on multiple people for different tasks, hiring a single person who efficiently possess and executes all the claimed skills on a decent pay can be a huge resource saver for startups.

Jack of all trades can effectively take on a wide range of jobs and situations that they’re exposed to. Acquiring a number of skills eventually makes them proficient enough to make complete use of every component of his/her skillset. The expansive knowledge base of such individuals makes them flexible and just as comfortable in doing manual labor as they would be in the office chair, processing data. They might not be perfect in their jobs, but they have the ability to do just as much required in order that they never get stressed about what comes next.

Being a jack of all trades, individuals don’t just learn one thing. They go through multiple learning processes of different levels of complexities and durations. This definitely helps them gain the most important skill that any person can have- knowing how to learn. Jack of all trades is often lifelong learners. They always keep their thirst for knowledge and learning alive and there is no dearth of knowledge and possibilities.

A leader is always considered to have a lot of experience. A leader who knows almost every aspect of a business will definitely have an edge over someone who rose through ranks doing only one job. In such a situation, a jack of all trades fits pretty well in leadership roles. A person having a number of skills can effectively and establish authority over other employees.

Pros Of Hiring A Master Of One:

Since a master of one trade is an expert of what he does, it ensures that first of all he will be extremely productive in his work, secondly, his work is most likely to be flawless. So, hiring a master of one skill can not only increase the whole productivity expected out of a job, but it also increases its accuracy and efficiency.

3. Easily Can Become a Jack too:

A person who attains mastery in any skill is usually full of confidence and hungry to learn more and more. Mastery in one skill can be converted successfully into a catalyst to attain knowledge about other fields and once a person starts learning more and more about different aspects of a niche, he becomes a jack of all trades one way or another.

4. Time saved in training and polishing

If a jack of all trades kind of person is hired for a job which needs a certain level of expertise to ensure quality, then a lot of time and other resources will be needed to train him to attain the required level of expertise and efficiency. However, if a master of one skill kind of person is hired for a required job, he will need no training as he is already an expert at what he does.

If you have just started a business with limited funds and resources, a jack of all trades can be very helpful for your newly established business. However, for well-known brands with no budget constraints, masters can be very helpful in taking their organizations to new heights. 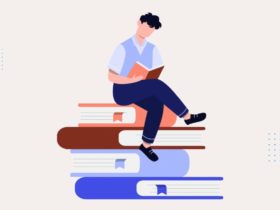 Best HR Books You Should Read In 2023 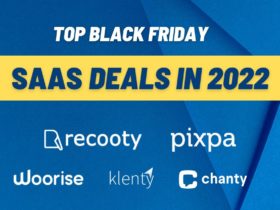 Best Black Friday SaaS Deals to Get in 2022 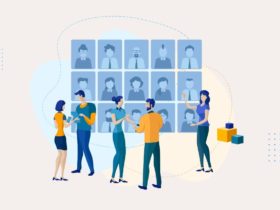 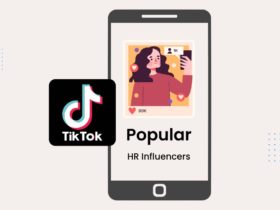 Get free tips & tricks to hire the right talents for your company.